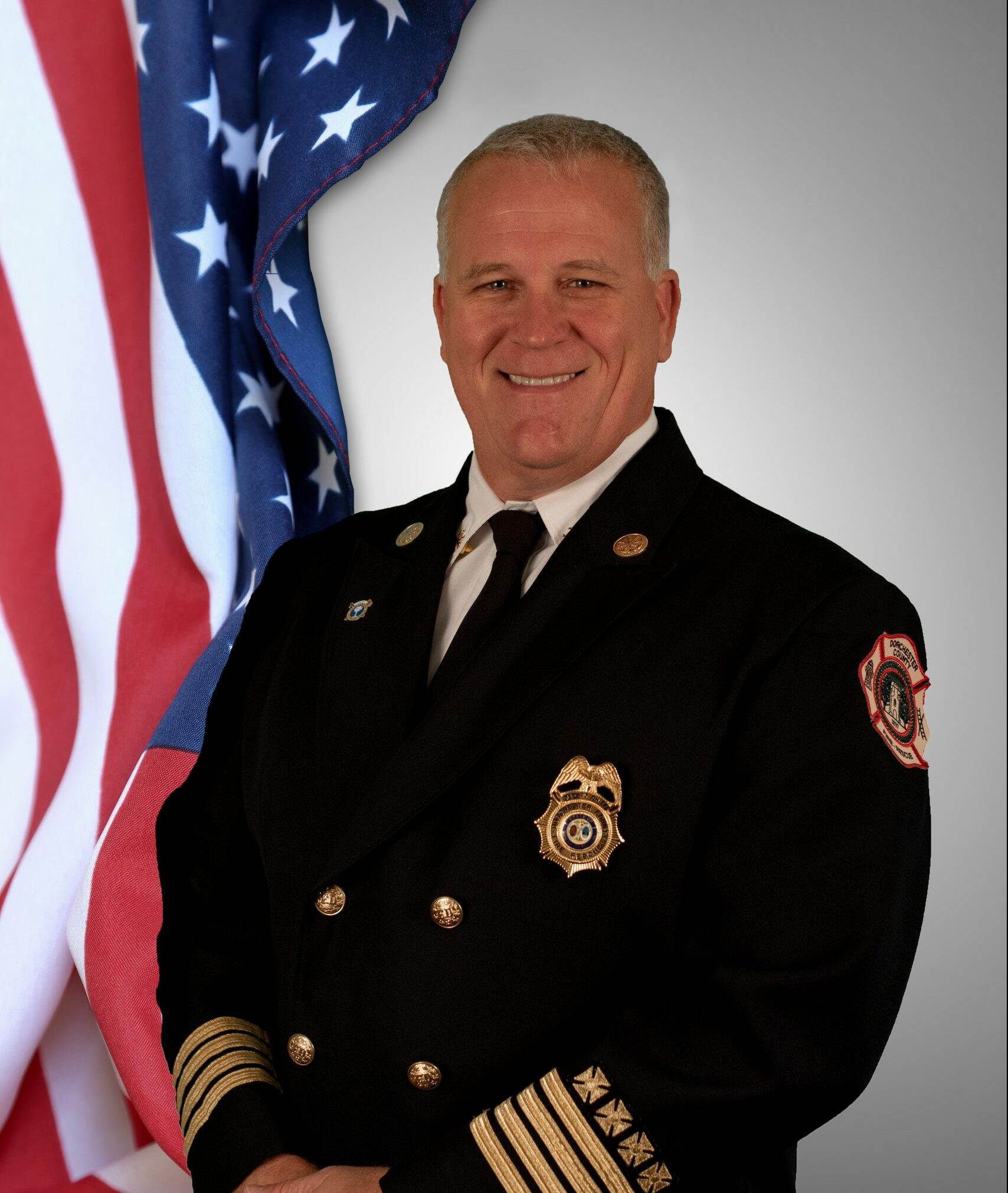 Being from a military family, Chief Malcolm Burns has lived in Charleston, Nashville, and Virginia Beach, but has spent the majority of his life in St. George, SC. He graduated from St. George High School, spent 3 years in the Robert Bosch Apprenticeship Program, and continued working at Bosch for 23 years in various positions within the company. He joined the St. George Fire Department in 1995 as a volunteer, where he eventually became the Fire Chief, and served with the department in this capacity until he was hired as the Deputy Chief of the newly formed Dorchester County Fire Rescue in 2012.

As an active member of the Association, Chief Burns is a graduate of the Leadership Institute Class of 2014, he has served on the Insurance Board, and most recently served as a member of the Health and Safety Committee. Chief Burns’s passion for volunteering continues by serving in the Logistics Group for MUSC’s “Camp Can Do”, an annual summer camp for burned children. He is married to Sandy, his wife of 30 years, and has two children, Taylor (Alyssa) and Caroline, and one grandchild (Greyson).