Sleep and its relation to cancer

It's commonly known that sleep plays a huge role in our overall health and that lack of sleep can be detrimental over time. But what does sleep have to do with firefighter cancer?

Getting the recommended number of hours of sleep per night - between 7 and 9 hours - helps your the cells in your body that fight diseases like cancer reset and regenerate. Insufficient sleep can lead to insufficient disease-fighting cells.

First responders are notorious for poor sleeping habits and the adage "I'll sleep when I'm dead" is commonplace. 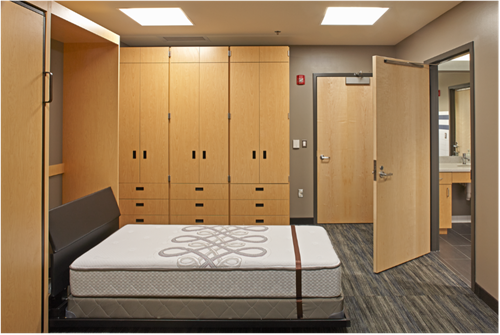 In this Fire Engineering article, author Dena Ali states, "In his research, sleep scientist Dr. Matthew Walker found that insufficient sleep was a slow form of euthanasia. Despite growing evidence for this, there is often an attitude of invulnerability in firehouses that suggests that those who need more sleep are weak or lazy."

Ali continues to say, "Epidemiological studies on shift work discovered that sleep disruption increases your odds of developing numerous forms of cancer, including breast cancer, prostate cancer, and colon cancer. In fact, because of the increased evidence connecting sleep disruption with cancer, Denmark became the first country to pay workers’ compensation to a woman who had developed breast cancer after years of night shift work. A recent European study of almost 25,000 people found that sleeping fewer than six hours was associated with a 40 percent increased risk of developing cancer compared to those sleeping for seven hours or more."

To learn more about sleep and its impacts on health, read Why We Sleep (Unlocking the Power of Sleep and Dreams) by Matthew Walker.