S 1071(Rat #0165, Act #0168 of 2020) General Bill,
Similar (H 5139) https://www.scstatehouse.gov/billsearch.php?billnumbers=S1071
AN ACT TO AMEND THE CODE OF LAWS OF SOUTH CAROLINA, 1976, BY ADDING SECTION 23-9-197 SO AS TO ESTABLISH THE “FIREFIGHTER CANCER HEALTH CARE BENEFIT PLAN” TO PROVIDE A SUPPLEMENTAL INSURANCE POLICY UPON A FIREFIGHTER BEING DIAGNOSED WITH CANCER AND TO SET FORTH THE BENEFITS CONTAINED IN THE POLICY. – ratified title 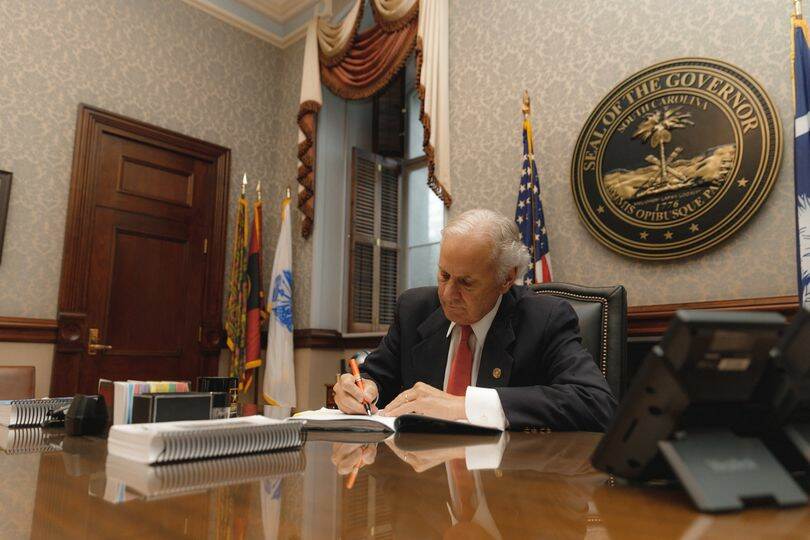 A collaborative effort from the SC Firefighter Cancer Coalition and SC General Assembly worked tenaciously to accomplish the first step in providing a supplemental insurance policy for South Carolina firefighters.  This group will continue to work collectively on the next step by securing the funding for this legislation.

What is the Firefighter Cancer Health Care Benefit

The Firefighter Cancer Health Care Benefit Plan is a supplemental insurance policy available to volunteer and career firefighters. The bill would; upon a diagnosis of cancer, entitle a firefighter to benefits, if a firefighter has been in a South Carolina Fire Department for at least five continuous years and within ten years of last date of active service.

Upon medical diagnosis, as a firefighter you would be reimbursed up to $12,000 annually for any out of pocket medical expenses to include but not limited to; deductibles, copayments, or coinsurances costs incurred. A benefit of $20,000 would be provided upon a diagnosis as defined and not to exceed one benefit payment per calendar year. In the case of death, as a result of the cancer or circumstances, a $75,000 death benefit would be provided.  This bill would also make a firefighter’s death, that is a result of the cancer or circumstances that arise from the treatment of cancer; a line of duty death in South Carolina. 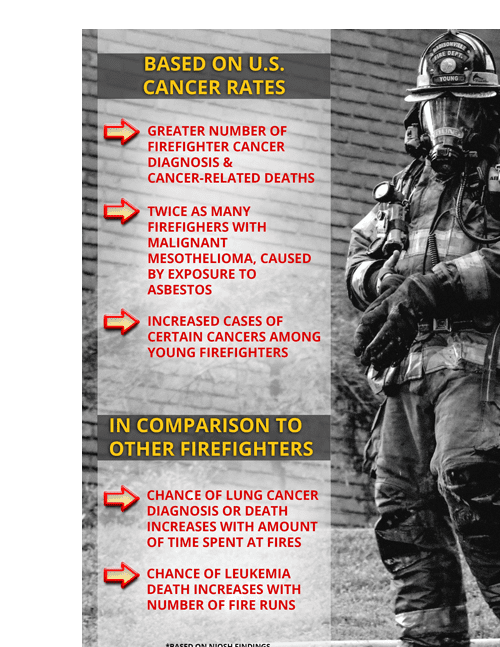 As a firefighter, you are at a nine percent higher risk of being diagnosed with cancer and fourteen percent higher risk of dying from cancer than the general U.S. population (CDC & NIOSH). As a firefighter in South Carolina, along with your 17,500+ other brothers and sisters, you are responding to more than 20,000 fires in South Carolina each year.

The cancers mostly responsible for this higher risk were respiratory (lung, mesothelioma),  GI (oral cavity, esophageal, large intestine), and kidney. Firefighters’ risks are significantly higher for some specific types of cancer than the general population.