The Lancaster Jail Fire of 1979 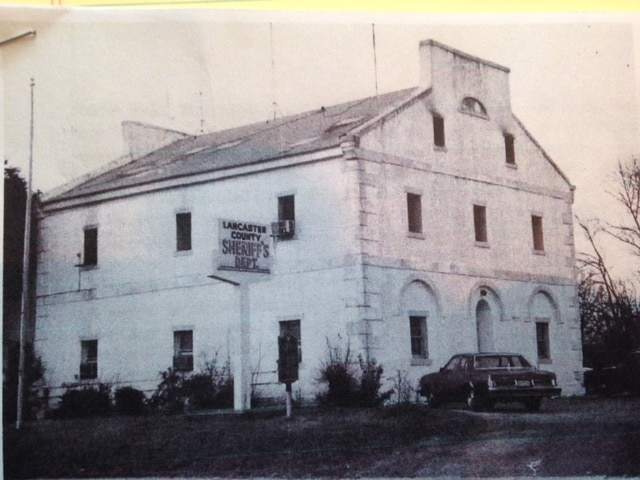 By Carter Jones Special Projects Coordinator Nearly 40 years ago on December 27th the City of Lancaster, South Carolina experienced the tragic loss of eleven inmates who died in a rapidly spreading fire in its county jail.  According to James R. Bell, a member of NFPA’s Fire Investigation Division, “the jail was located on the second floor of a 156 year old, two-story masonry building.  The offices of the county sheriff were on the first floor.”  This building was listed on the National Register of Historic Places because it was designed by the famous Robert Mills, a colonial architect who also designed the Washington Monument and many other prominent edifices around the country. The original 40 ft. x 50 ft. structure was built in 1823 and could accommodate 42 adult inmates, plus six juvenile offenders in a separate cell area.  At the time of the fire, only 11 pretrial inmates and two trusties were housed in the facility. Investigators discovered the fire originated in stored materials in a cellblock “walk-around” area.  We are told by Mr. Bell that although the fire was confined to the cellblock of origin, heavy smoke and heat spread throughout the jail which greatly hindered rescue attempts. The Lancaster Fire Department arrived on the scene of the blaze within two minutes after the initial call was received.  While additional calls were received from the Sheriff’s Department, the entire compliment of apparatus was dispatched to assist.  Firefighters arriving on the scene were faced with heavy smoke conditions from the second floor windows and from every opening of the attic space. Firefighters wearing SCBAs entered the jail and cut the lock on the cell door.  Two-man teams working under extreme conditions and pressure set about to free the trapped inmates.  Firefighters ventilated the building by cutting the roof and breaking windows for effective use of portable fans.  The actual fire is reported to have been extinguished with a one-inch booster line. NFPA’s report reveals that all except one inmate died as a result of smoke inhalation.  The eleventh inmate was rescued but died several weeks later from smoke related complications.  Four firefighters, two city police officers, and the trusty were treated for injuries and several were hospitalized; one firefighter was reported in serious condition. According to the final report conducted by NFPA, the fatalities in this fire can be attributed to the following factors:

Storage of combustible materials without enclosure in proximity to occupied cells provided fuel for the rapidly developing fire;

A lack of means to prevent the prompt and effective release of inmates from locked cells;

The presence of a single jailer, without additional monitoring or detection capability to guarantee supervision of cell areas;

Failure to extinguish the fire in its incipient stage;

The lack of other fire protection features to provide “defend-in-place” protection for the jail area.

The NFPA findings emphasized the point that the building did not contain automatic sprinkler protection, heat or smoke detector systems, a manual fire alarm system, emergency lighting, or adequate unlocking mechanisms.  The jail had only one 2 ½ gallon water extinguisher and a 10-lb dry chemical extinguisher located on the second floor.  No secondary means of egress was available. Interestingly the jail had been inspected by the S. C. Department of Corrections in March of 1977 and had been cited for numerous violations.  The fire department had also inspected the facility and noted recommendations for safety upgrades.  However, “based on the deficiencies and the age of the structure, the decision had been made to construct a new jail facility” costing $1.4 million to be completed in March of 1980. As a point of personal privilege, I have had the opportunity over the years to discuss this fire with a number of folks who were eyewitnesses to this horrifying fire and who were involved in the follow-up investigations.  For example, retired Lancaster Fire Chief Chuck Small shared his experiences of entering the second floor along with a trusty in an effort to rescue those trapped inmates.  The scene of that fire remains fresh and vivid in his mind today.  Also, Marvin Timmons, a former Deputy State Fire Marshal and retired Lancaster Chief, revealed his anguish over his experiences and lessons learned. The Lancaster Jail Fire of 1979 is now logged into our history of U. S. Multiple Death Fires and will remind us for years to come that much work still needs to be done to provide current fire safety measures in all occupancies.  Sadly most of our fire deaths still occur in those occupancies where we should feel the safest and where technology is most available…the home.  Have a fire safe Christmas and New Year! Acknowledgements: James R. Bell, NFPA Fire Investigation Division Chuck Small, Lancaster Fire Chief (Retired) Marvin Timmons, Lancaster Fire Chief & Deputy State Fire Marshal (Retired)