Second Set of Turnout Gear: A Necessity, Not a Luxury

This month’s Cancer Coalition message focuses on personal protection equipment. This week, we want to share the idea of having a second set of turnout gear for each fire service member.

The National Fire Protection Association recommends gear to be replaced every 10 years, no matter how much it is used.

Your first thought may be, “That sounds great. But, not only is it rare – our department can’t afford to purchase a second set of gear for each member.” 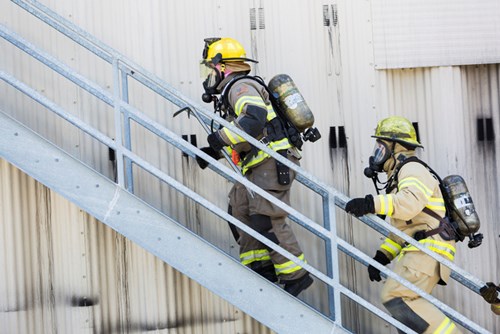 Let’s challenge that thought by examining why a second set of gear isn’t a luxury. It is a necessity.

There is no doubt, as a firefighter, you are exposed to carcinogens.

Think about this - a typical home (or business) contains an unknown number of plastics and other materials. When these burn, they release harmful and toxic substances. These cancer-causing particles coat your gear with soot.

Afterwards, you remind yourself of the need to wash your gear.

Several hours later, after working the first fire scene, you get another call. If you put on the “dirty” set of gear (or you washed it and it isn’t completely dry), you risk re-contaminating yourself.

An available second set of clean turnout gear resolves those issues and provides a higher level of protection.

On average, a new set of turnout gear from head to toe costs approximately $2,500. For predominately volunteer fire departments in South Carolina who struggle to raise money for needed equipment, there is an option to help with this large purchase. We urge you to check out the V-SAFE grant program funded by the SC Legislature and administered through the State Fire Marshal’s office. If awarded, your department can receive up to $30,000 once every three years. That’s about 12 sets of gear.

Additionally, consider using a less expensive alternative for non-fire responses. If you are responding to a vehicle accident or a medical call, donning wildland or extrication gear is a cooler and lighter alternative.

Together, let’s work toward making cancer a rare diagnosis for our fire service members and a second set of turnout gear a reality.