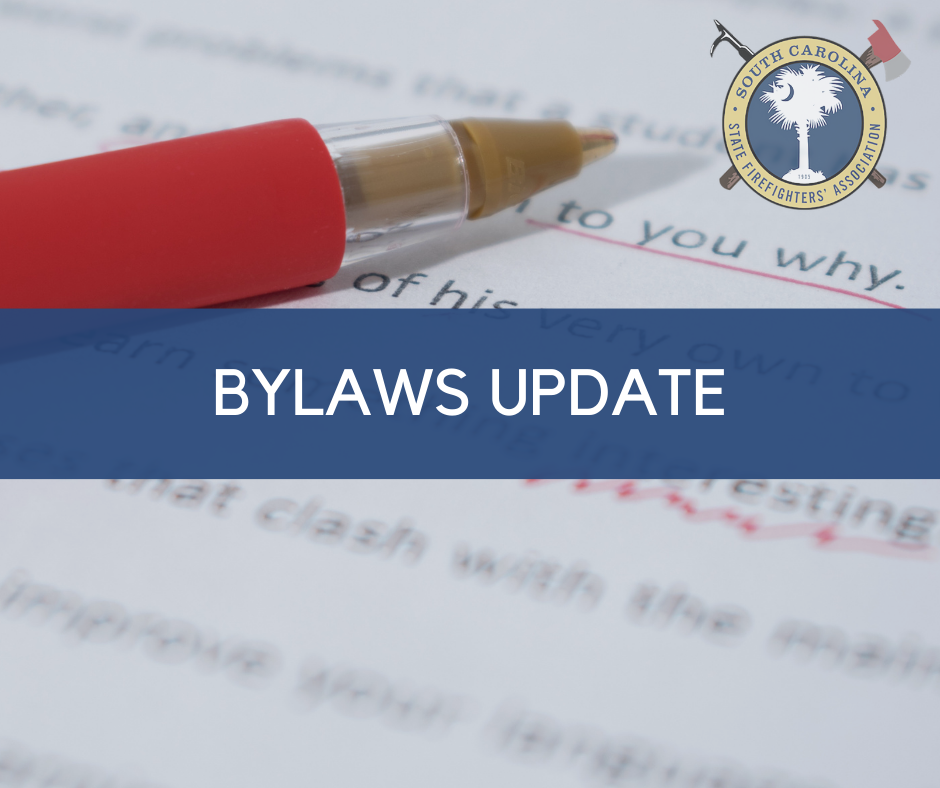 As Bylaws Chair, there are several proposed changes to the Bylaws that I wish to highlight prior to Fire-Rescue in a few weeks. You will need to read the entire document to see all the proposed changes.

First, you will notice the term “Delegate” was changed to “Voting Member.” This is simply a change in terminology that better reflects the member's voting responsibility.

Second, we have added a requirement for each member department to select their voting members by January 1 of each year, which is the same timeline as your dues and other required forms. This language was added to strengthen your voting rights as members. If we have learned anything over the past year, we have learned that we can do many new things using online platforms. For several years now, we have voted for the 4th VP using SurveyMonkey. By selecting your voting members by January 1, your members will be able to vote on important issues throughout the year versus just during the annual conference.

Third, you will see several changes in the Vice Presidents' job duties. The First VP will chair the Finance and Audit committee; the Third VP will chair of the Advisory Committee; and the Fourth VP shall rotate through committees in order to better understand how the Association operates.

Lastly, we have language that will allow the 4th VP to automatically ascended the chairs to President. If you polled most Association members, they would probably tell you they thought that process was already in place, but the technical answer is no, it is not. Per the current by-laws, each VP has to be elected at during the annual conference. This language clarifies how a person ascends the chairs once voted in as 4th VP.

As I stated earlier, this list is not exhaustive, so I encourage you to read the document for yourself. See you at the conference next month!