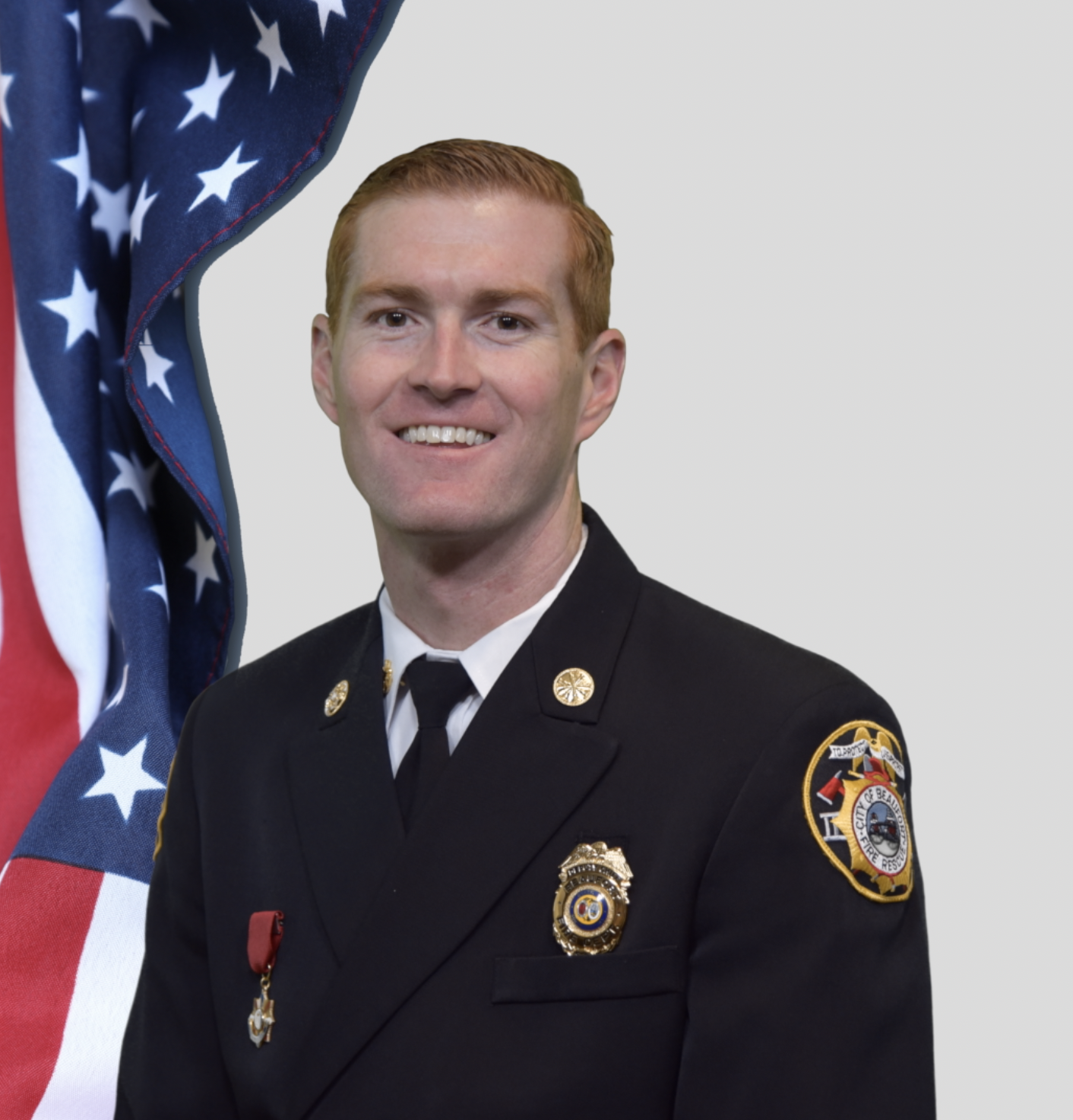 Originally from Jupiter, Florida Ross Vezin moved to Beaufort, South Carolina in June of 2008 to start his career at the City of Beaufort/Town of Port Royal Fire Department. Ross is currently the Assistant Chief of Training.

Since 2010, Ross has been a volunteer as a camp counselor at Camp “Can” Do; a camp for children who have been burned in the State of South Carolina. In 2016, Ross was selected by the board for the MUSC Burn Children’s Fund to attend the International Association of Firefighters National burn children’s camp. Ross was selected as the one firefighters from state of South Carolina to attend the burn camp with children all around the United States and Canada in Washington, DC.

In April 2017, Ross was selected as a “Key Influencer” in the Beaufort Community and was awarded with a ride of a lifetime with the United States Navy Blue Angels. In 2018, Ross was nominated for the Civitas Leadership Beaufort Outstanding Alumni Aware which recognizes the alumnus who best exemplifies the directive of Leadership Beaufort to get engaged and give back to the community.