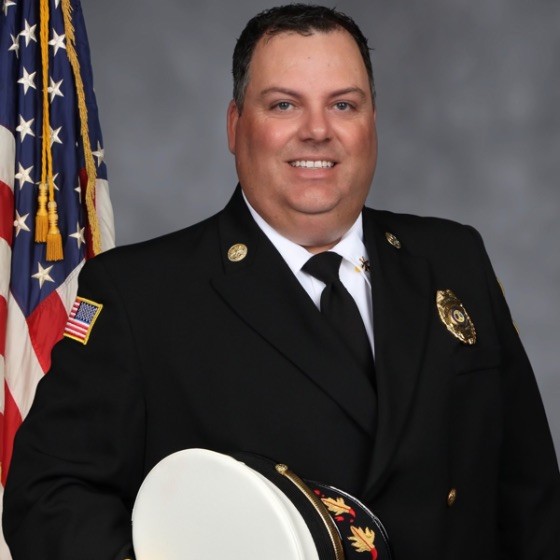 Kevin began his career in the fire service in 2001 as a volunteer firefighter with the Tigerville Fire Department in Greenville County.  In January of 2003, Kevin was hired as a firefighter and EMT with the Piedmont Park Fire District where he rose through the ranks of Engineer, Lieutenant, and Captain (Shift Commander).  In 2016, Kevin joined the Greenville City Fire Department where he served in various positions including Fire Inspector, Accreditation Manager, and Special Operations Chief.  In October of 2021, Kevin and his family pursued a life-long dream to relocate to the coast of South Carolina.  Kevin accepted a position with the St. John’s Fire District where he continues to serve as the Assistant Chief of Administration.

Kevin graduated Waldorf University in 2017 where he obtained a bachelor’s degree in fire administration.  Kevin is a graduate of the 2016 South Carolina Firefighters’ Associations Leadership Institute Program and is a current student in the National Fire Academy’s Executive Fire Officer Program.

Chief Henson currently serves on the South Carolina Emergency Response Task Force as a Planning Team Manager and Communication Specialist.  Chief Henson has a strong commitment to leadership and serving the association and the over 19,000 firefighters that make up the fire service in South Carolina.