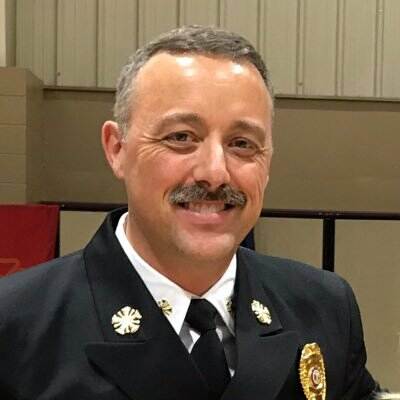 Jason currently serves as Fire Chief of Fairfield County. Born and raised in Winnsboro, S.C., Jason joined the Lebanon Volunteer Fire Department in the summer of 1996. After graduating college, he worked locally for about a year until he was hired at the S.C. Fire Academy in February, 2001. Jason held several positions there, with his last position being the Technical Rescue Program Coordinator. In June, 2005, Jason was promoted within the Agency to the position of State Mobilization Coordinator at the State Fire Marshal’s Office. In August of 2011, he was hired by the S.C. State Firefighters’ Association as Deputy Director, and he served there until January of 2018 when he accepted his current position.

Jason graduated from The Citadel with a Bachelor’s degree in Business Administration. He is married to Karen, and they have three children, Emma Grace, Jase and Samuel. Jason and his family are active members of Lebanon Presbyterian Church. They live on their family farm in the Lebanon community of Fairfield County where Jason grew up.