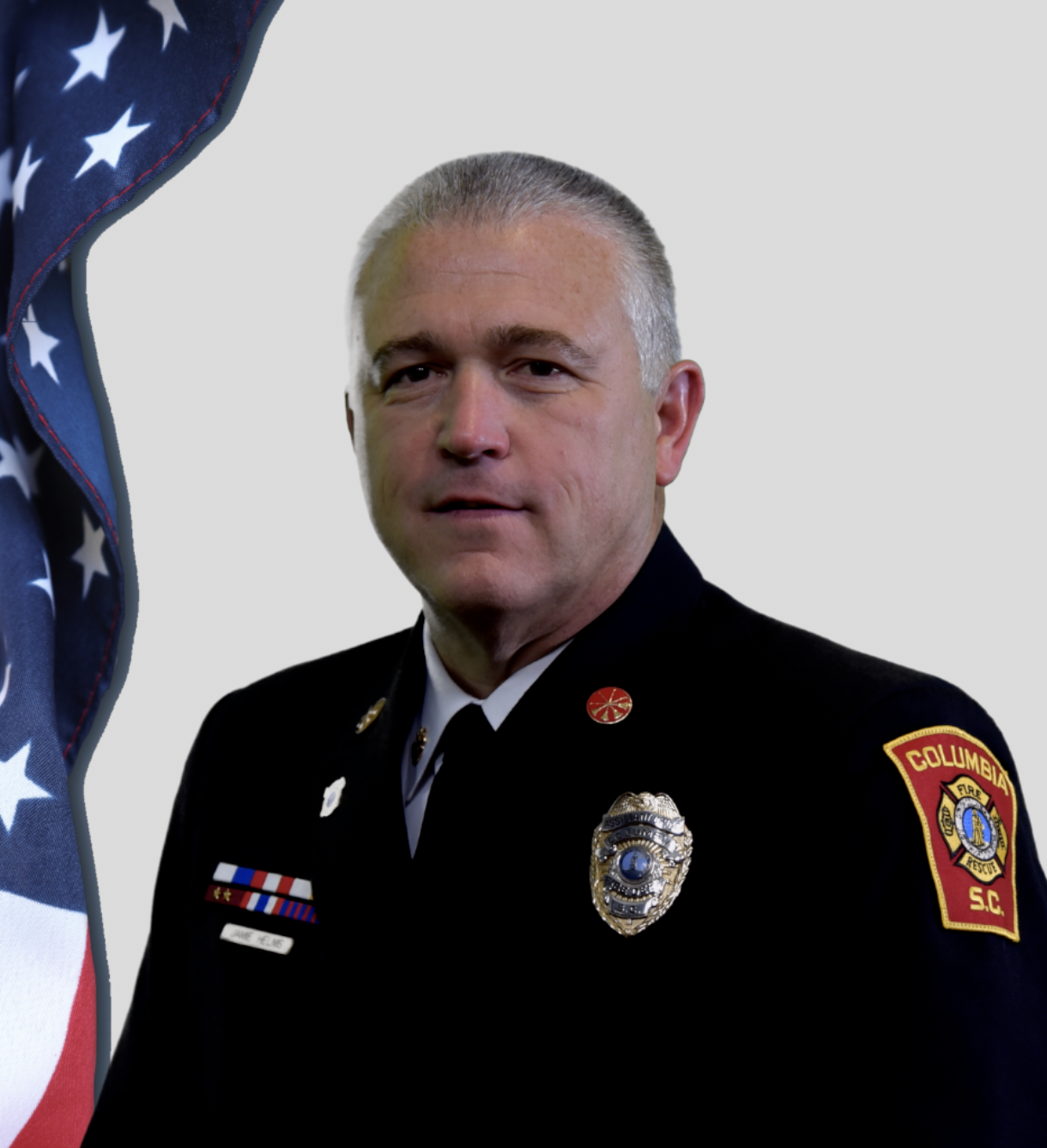 Jamie was born in Stanley, North Carolina in August of 1969.  He and his wife, Laurie, have been married for 29-years and reside in the Irmo, SC area.  Nearby are their three adult children, Megan, Brad, and Bryan.   They are members of Grace Point Presbyterian Church, where he served as a Deacon for several years.  Jamie moved to Irmo, South Carolina as a junior in high school.

After graduating from Irmo High, he was in the process of pursuing a career in the military when circumstances led him to meet with an Assistant Chief of the Columbia Fire Department.  At that meeting, Chief Helms was offered a position with the department and officially started work on February 1, 1988.

Over the last thirty-two years, he has risen through all of the ranks, within the department, to his current position of Assistant Fire Chief.  Over the course of his career, roughly twenty-four years, Chief Helms has served in various leadership/officer positions with the last nine as an Assistant Chief.  In his current position, he provides management oversight in the areas of Human Resources, Training, Hiring, Recruitment/Retention, Staffing, and Volunteer Services. Helms additionally serves as the department liaison to the SC State Firefighters’ Association.

Chief Helms has a strong commitment to leadership and service of others, having served in many leadership capacities both professional and personal.  He is a graduate of the Midlands Technical College Advanced Leadership, Brave Fire Leader Academy, and the SC State Firefighters’ Association  Leadership Institute (2019).

Chief Helms is excited to be elected to the Executive Committee.  His primary goal is to create a community in which every member feels involved and included.  He hopes to see and hear from departments across the state in order to make South Carolina an ideal, safe place to work in the fire service.  This state and this career has created a life that he loves, and his hope is to continue that legacy for all those currently serving and those to come.