Thank you Chief Wyatt Coleman for sharing this story with us.

We received a call Tuesday, June 23 at 16:40 from Lexington County dispatch stating we had a water flow alarm going off at Abberly Village Apartments. The caller said he saw fire outside on his patio. Units from West Columbia Fire, Lexington County Fire and Columbia Fire were dispatched. Upon arrival, Incident Command reported no visible smoke showing. During the walk-around, we located the sprinkler activation on the charlie side, bottom apartment of the four-story, vinyl siding apartment. The sprinkler system had almost put the fire out. The arriving units used a water extinguisher to put out remaining fire. The occupant inside the apartment was sleeping at the time when the water flow alarm activated. The alarm woke him up, and upon looking out the sliding glass door he saw the fire. The building had evacuated upon our arrival. The ignition source was undetermined, but the fire started in a flower pot located to the left of the sliding door. Without the sprinkler system, the fire would have most likely accelerated up the outside of the building causing a major fire. In one of the pictures, you can still see the water flow. 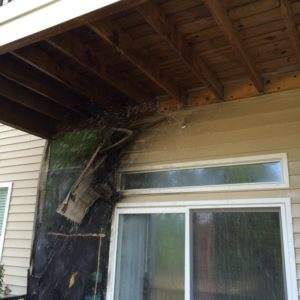 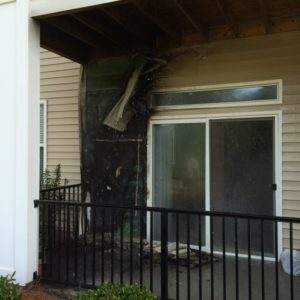