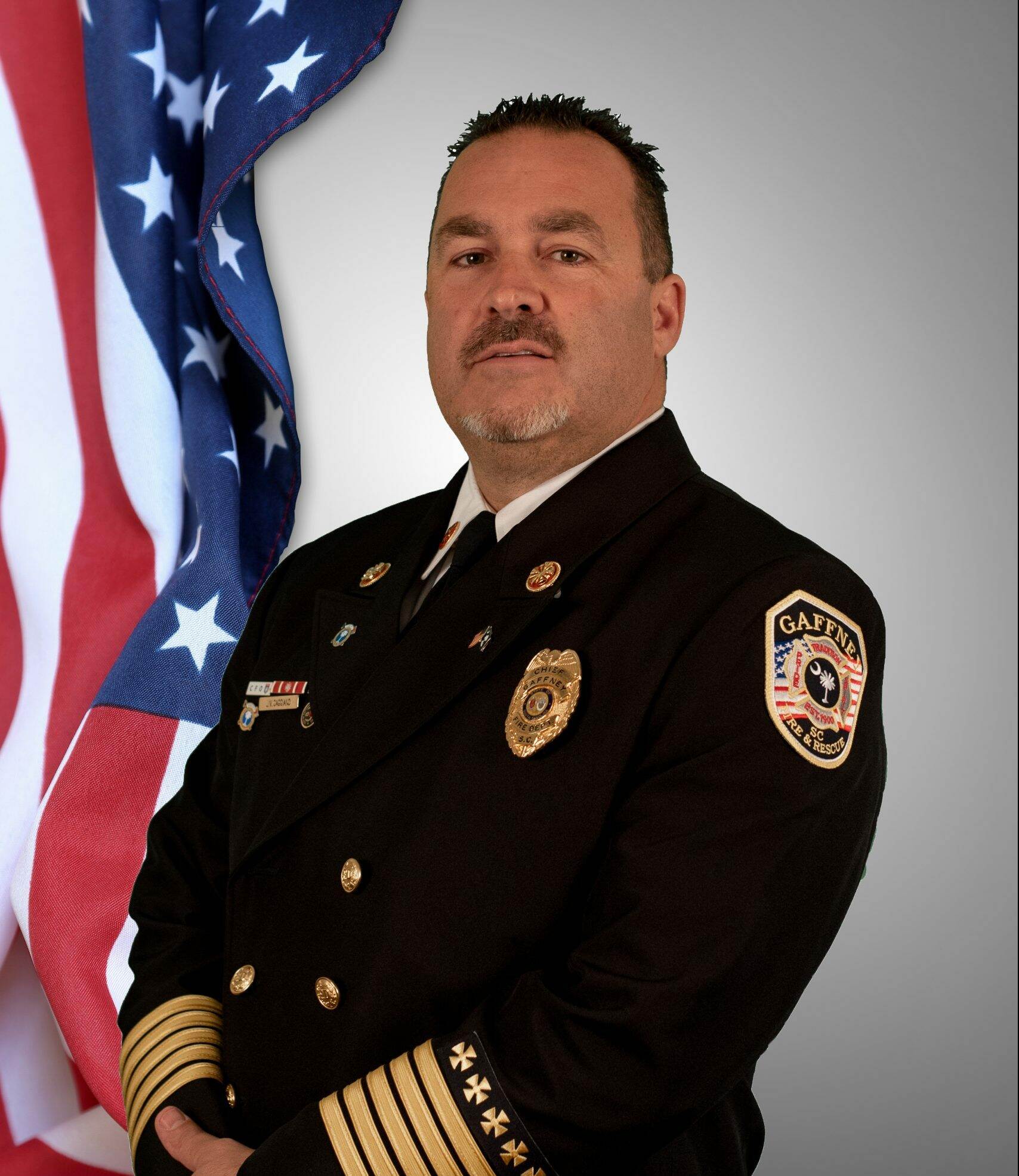 Jamie Caggiano began his career in the fire service as a volunteer firefighter with the Cowpens Fire Department in Spartanburg County when he was 18 years old.  After graduating from Broome High School in 1990, he attended Clemson University where he earned a B.S. in Applied Economics in 1994.

After graduation Jamie held several different positions in the private sector. However, Jamie realized that he had a heart for serving people that could only be satisfied by working in emergency services.  Jamie has worked as a 911 dispatcher, paramedic and a firefighter. He was Chief of Cowpens Fire Department for 11 years. In March of 2012, Jamie was hired as the Fire Chief for the City of Gaffney.

Jamie and his wife Tambi, have one daughter, Isabella (7).  They attend Sacred Heart Catholic Church.  Jamie and his family enjoy vacations to Disney World and attending Clemson Tiger Football games.